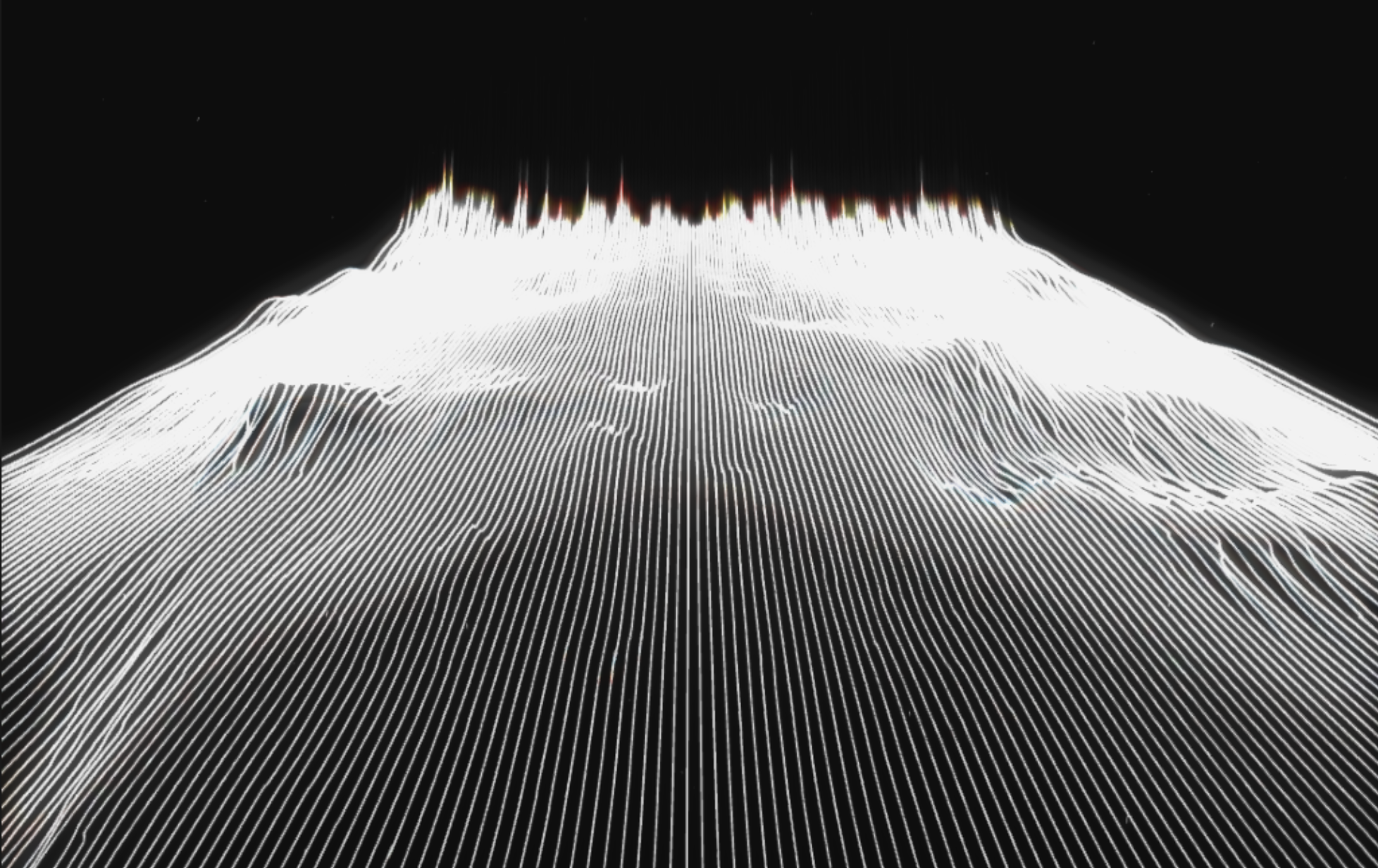 The project presented here is a sketch to develop generative water states that are mapped to sound data and is part of a larger ongoing data mapping and visualisation investigation. In oceanography, sea state is the general condition of the free surface on a large body of water—with respect to wind waves and swell—at a certain location and moment. A sea state is described through wave height, period, and spectrum data.

The first sketch uses audio composed by mapping weather data to modular synths, and then remapping that audio back to generate the wave height, period, and spectrum in the generative system.

The ambition for this practice led research is to contribute to weather visualisation methods by building on the Beaufort Scale (developed in 1805 to help sailors estimate the winds via visual observations) and to develop an immersive experience of that data.

The Weather project was/is developed to examine practice ecologies for weather with a view to develop a system for data and display that interrogates and contributes to those practices. In these first sketches, the wave terminology and descriptions (meta-data) have their roots in British Victorian-era meteorology. For this series, it is planned to develop a system for making sense of data, that re-territorialised data systems to produce a new set of relations. As an avid sailor, I have developed a collection of sea state images and weather observations which have led to these visualisations. These are the first sketches in the research process.