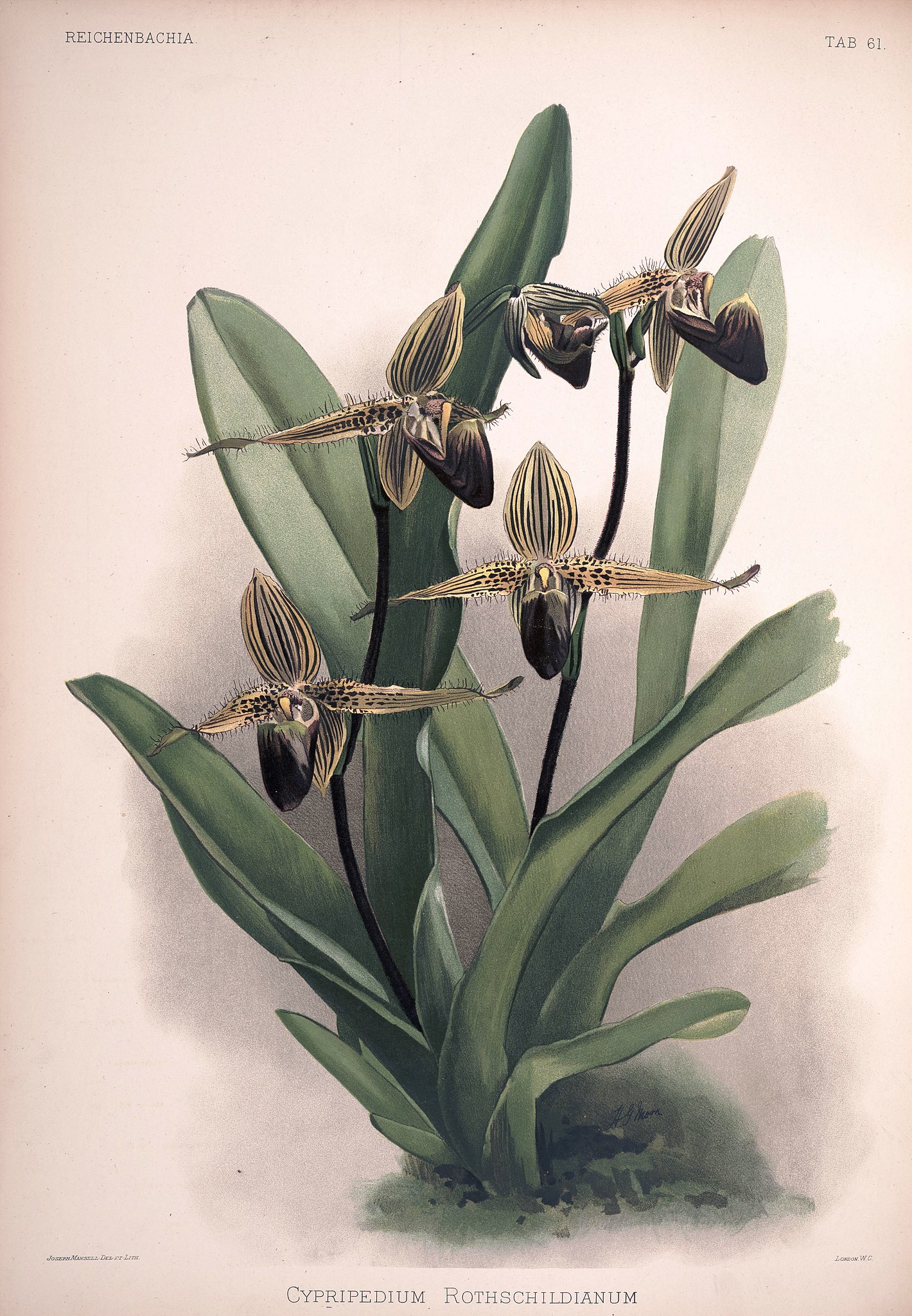 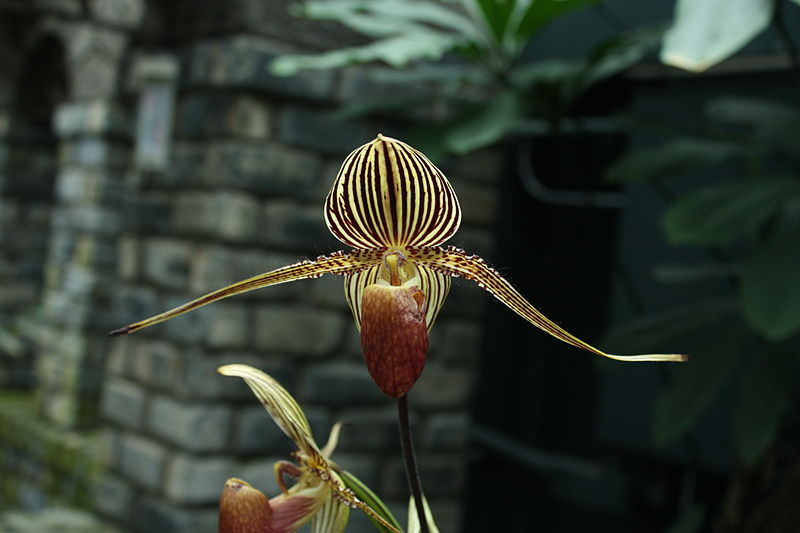 A brief European history of P.rothchildianum.

Paphiopedilum rothschildianum is an orchid that is on top of the endangered species list, and has a history worthy of its nickname. Britain’s Queen Victoria was so attracted to Paphiopedilums that people who discovered new species would name them after her, including Paphiopedilum victoria-mariae and Paphiopedilum victoria-regina. In 1887, Paphiopedilum rothschildianum was published by Jean Jules Linden and was officially named after Ferdinand James Von Rothschild, who’s family was famous not only for its financial prowess but also for its philanthropy toward horticultural science. Horticulturists at that time all agreed that “The King of Orchids” should be named after him.

Rothschildianum only grows on one mountain in the world, and to grow it elsewhere takes a lot of care in simulating the natural environment. Paphiopedilum rothschildianum can only be found on Mount Kinabalu, on the island of Borneo (Kalimantan) in the state of Sabah, Malaysia, at an elevation of 600 to 1200 meters above sea level on northeast facing slopes. It commonly grows as a terrestrial in ultramafic soil but is also found growing as a lithophyte in leaf-litter on ultramafic cliffs, usually near a river.

Although this plant was introduced into cultivation in Europe and Britain in 1887, it was essentially a lost species for Europeans for almost a century as no one could track down its indigenous location. The original site was deliberately falsified by the collector, Sander & Sons, who gave the location as New Guinea to mislead rival collectors (Koopowitz, 2001).

Rothschild’s Slipper Orchid was the most sought after orchid at the height of the 19th century orchid mania (Cribb, 1998). The orchid symbolized colonial adventure, scientific investigation, and religious debate during the late 18th and 19th centuries. Orchid growing became a personal obsession for some.

Today, the Paphiopedilum rothschildianum (Gold of Kinabalu Orchid) fetches $6000US per bloom

In the late 1950’s two populations were discovered at the base of Mt. Kinabalu, and in 1959 many of the plants in flower were collected to decorate a bower welcoming Prince Philip to Kota Kinabalu. Most rothschildianums in cultivation today, are descended from these specimens. 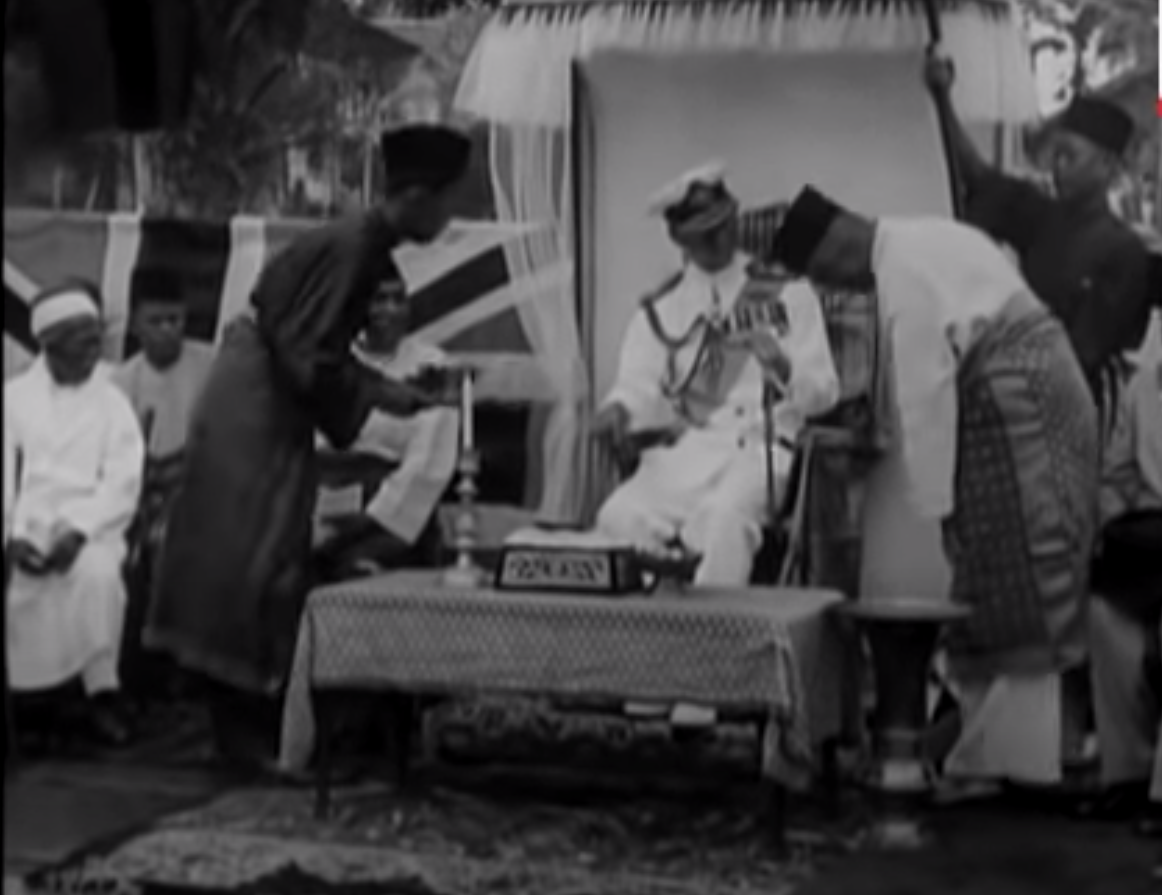 Prince Philip’s visit to Borneo where he recieved a garland of Paph. Rothschildeanum.

In 1979 a third population was discovered in Kinabalu park. These plants are threatened by shifting agriculture, logging, mining and commercial development. An attempt at propagation and reintroduction onto Kinabalu in the 1980’s ended catastrophically when the reintroduction site was burned.

Only one of the three sites remain on Kinabalu, an area of 4 square kilometres. Plants inside the park, although they are protected, are not safe from determined poachers. The population trend is decreasing and the number of mature individuals is very low and estimated to be less than 50. Paphiopedilum rothschildianum remains on top of the critically endangered orchid species list.