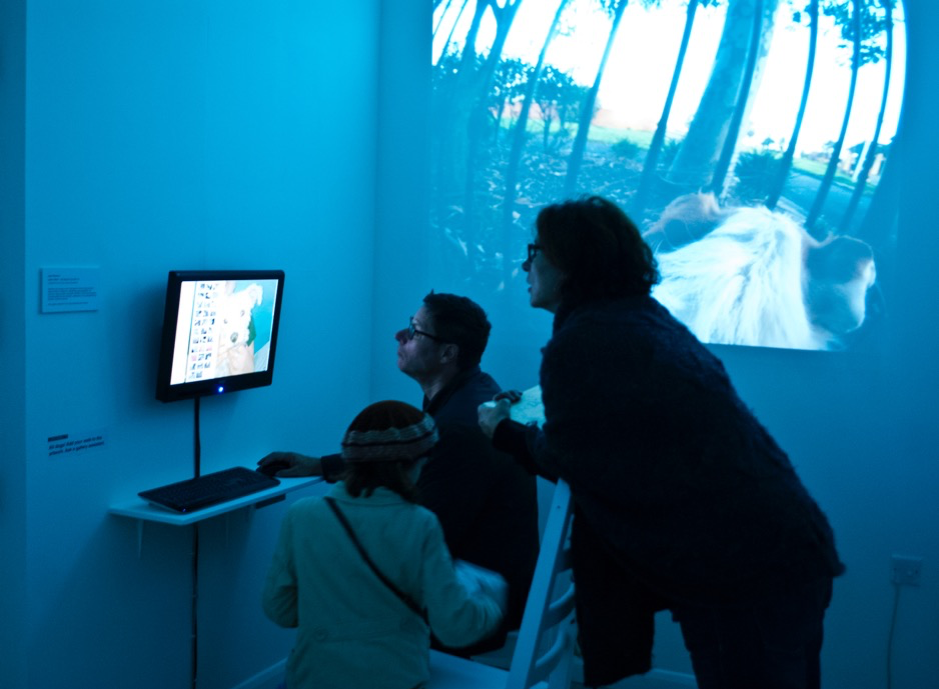 Laika’s Dérive version 2.1 toured to London as part of Furtherfield’s WWW: World Wild Web exhibition.  For this iteration some refinements were made to the kit, and the app was updated to Android 2.2.

The event was run by the gallery staff with an identical set of procedures to Laika’s Dérive 2.0 (Sydney). There was a noticeable, and surprising difference in the outcomes for this version. Almost all owners in London that participated took their dog to a park, and then used the kit to record. Often a vehicle was used to get to the location. In contrast owners in Sydney actually went for a walk in their local area, often ending up at a park. I noticed the difference in behaviour too late to adapt the project, but after some informal interviews with Furtherfield participants after the event, two key cultural differences were found. First dog owners were embarrassed to have the kit on their dog and draw attention to themselves on the street, so they waited to get to an open park environment. Secondly, the owner and dog relationship was framed by the perceived need to exercise the dog. Owners tended to stand in place and throw balls or sticks for their dog in an intense mode. This delivered a very different set of photographs as the sniff algorithm didn’t have the dwell time component (the dogs were very busy all of the time), and the XYZ data was too erratic to make location choices that made sense of the interest value it was set to map. In true data as capta style, the data within this iteration of the project certainly reflected the differences in relationships and behaviour.

The most important outcome for me as a practitioner from these three iterations of the Laika’s Dérive project was the understanding that data capture is not a neutral activity, even with the same technologies, and system design. Behaviours, and indeed cultural biases are imbued within the data capture, and that data can be both unpredictable, and surprising. However, when put into the system of display, it is difficult to discern those differences within the data, as it is flattened through presentation.