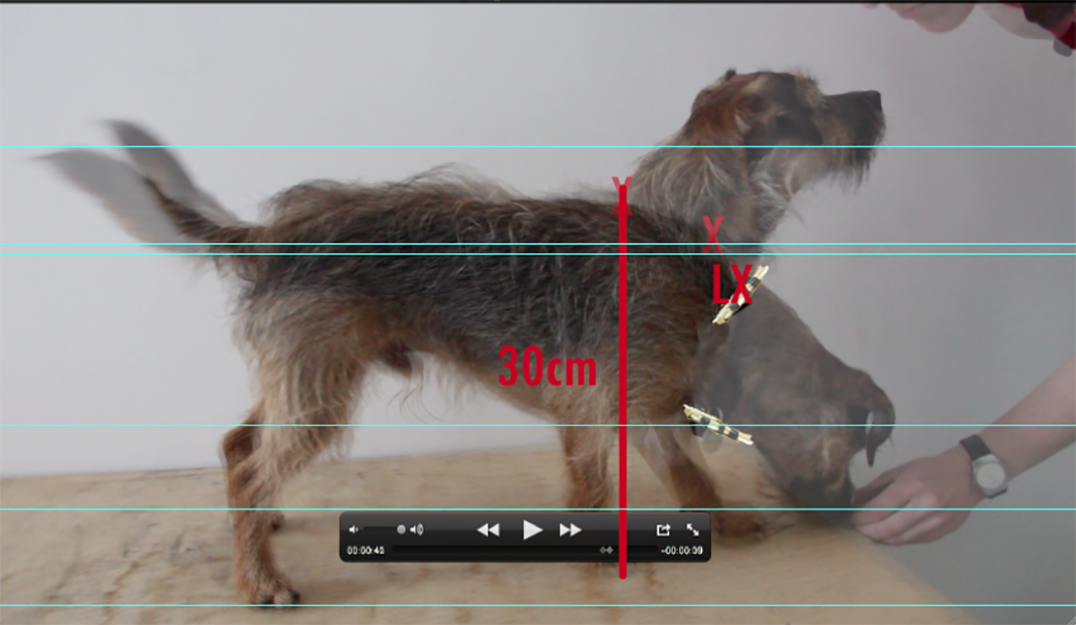 During my time at the Blast Theory studio residency, I focussed on developing the project for other dog owners, and concentrated on an open and automated system design. The technical research was aimed at matching the requirements and specifications to existing technologies. Rather than developing a new technological solution, I aimed to use the location services of the mobile phone, and the sophisticated accelerometer that came with it, and integrate those data sources with those delivered by the GoPro camera. Note at this time GoPro camera’s did not have dog harnesses or data extraction software for users.
During this time, I also developed the interactive elements of the project for users. This included scripts for using the technology and participating in the project, alongside the development of the Android App. I also developed a system for scaling the project for any size dog.
Technical development focussed on:
• System Development –making it scalable and robust
• Dog sniff hardware design– a tilting device to remove the GoPro from the system and do it all via a mobile phone app.
• App Design–The design and development of an app for users that was simple to use and integrated the data into the online system
• Audience Script– A script for others to brief users on the use of the app and camera for completing a walk.
At the completion of the residency I had a robust system for the first public offering, including a small kit that could be taken home for use with any size dog.
At this point in my candidature I applied for Ethics clearance from the UNSW ethics committee for working with dogs, which was approved. 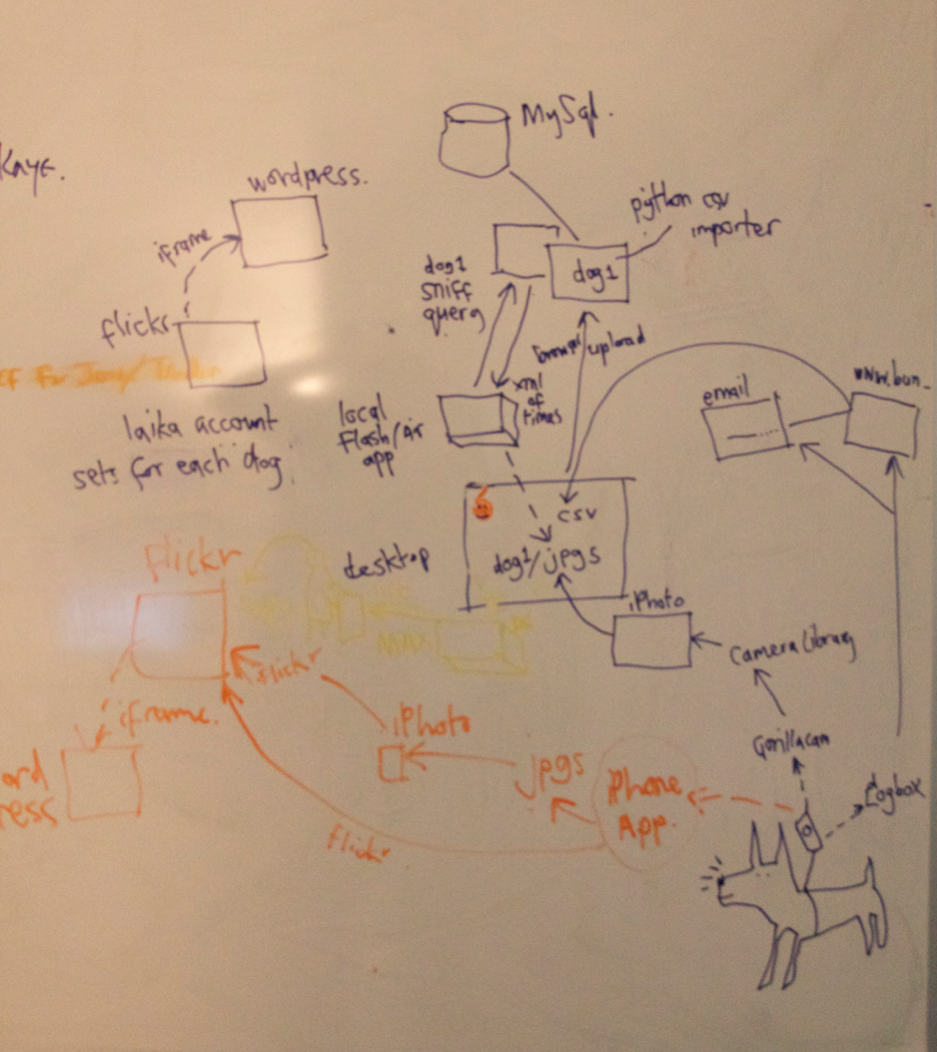 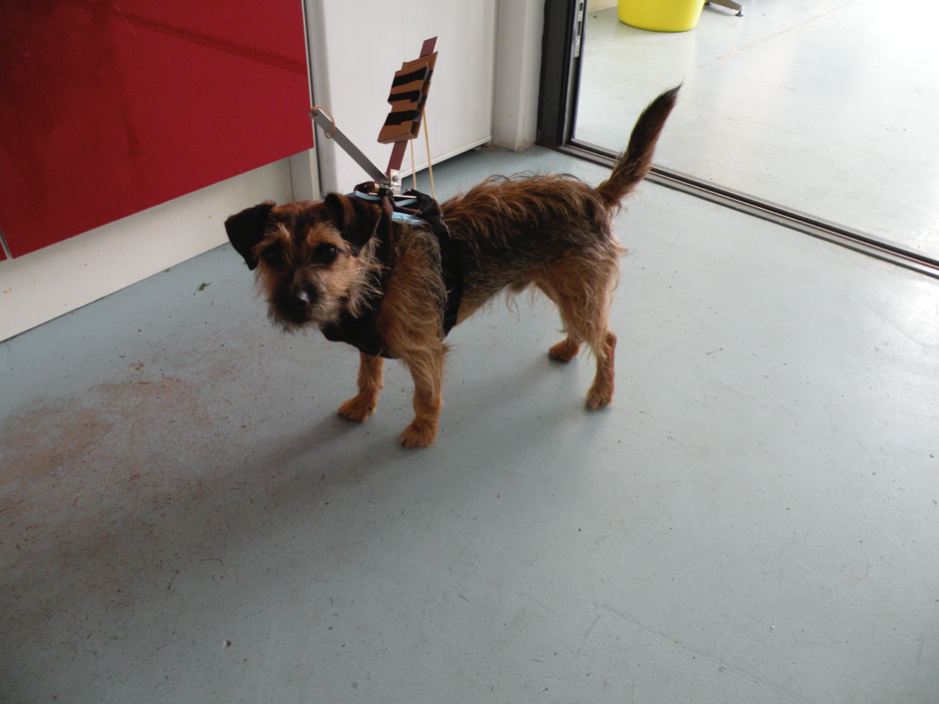 Blast Theory’s dog Trotsky trialing the harness and phone tilt design, Blast Theory Studio. The rubber band on the collar tilted the cardboard holder when the neck was down to sniff. 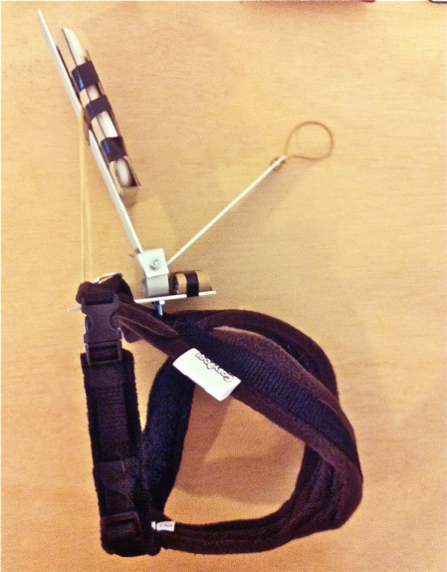